The company initially produced only buses, but in 1983 they began producing the JN car. It was a small car, which is licensed from the Japanese Suzuki Alto. The 100,000 m² factory employs around 1,000 workers, and the car quickly developed into the most important model of the enterprise. Under license, this has been built as the Saipa Nasim and Iran Khodro Alto for Iran and as Peugeot JN Mini for sale in Tunisia. In 2003 the company then purchased the Jiangsu Mudan Automobile Group, and builds more than 240,000 cars annually of the JN-cars. The distribution of the JN-cars was then taken by Geely and distributed through almost the entire African region and also the Southeast Asian markets. In the domestic market, however, the model has only an insignificant role. Even regular stylistic and technical revisions could bring an improved result. But in China, the JN car to see in everyday street scene and dominated, especially in rural areas, since the customers tend to cheap models, is one of which belonged to the JN car with approximately converted 850-3200 €. With falling sales since 2005, the manufacturer prepares to globalize its sales. The company sales, especially in Africa, Central and South America are gaining importance. With a donation of the current parent company Zotye International Automobile Trading Co., Ltd., the company built a branch in Phoenix (USA), where the JN-car and some bus models are now being produced for the U.S. market. JN the car, which is presently considered Zotye JN Auto, has been produced. A solid dealer network could help Zotye.

The Chunzhou buses are successful, which are marketed almost all over the world. In Europe, France, Spain and Italy are the main target markets. 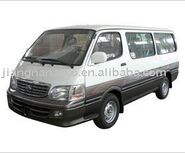 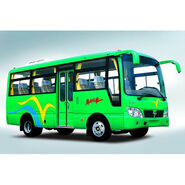 Retrieved from "https://tractors.fandom.com/wiki/ZhangJianGang_JiangNan?oldid=182227"
Community content is available under CC-BY-SA unless otherwise noted.