Thorney is a working restored steam fire pump built by Shand-Mason and Co. This steam engine visits a number of events with its volunteer crew.

Some of the events attended include: 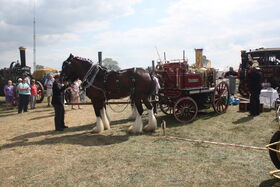 Harnessing up for the arena at Hollowell Steam Rally 2011 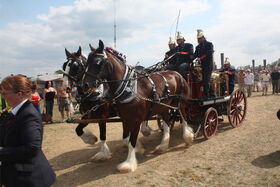 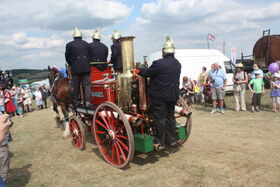 Retrieved from "https://tractors.fandom.com/wiki/Thorney?oldid=102079"
Community content is available under CC-BY-SA unless otherwise noted.