Sambron where a manufacturer of Telehandler-type forklift. The company was founded in the early 19?0's in France. The company went into administration in the 1990's and was subsequently taken over by Groupe Fayat and then by Bobcat.[1]

(please add any more of this companies history here)

Sambron were French and were certainly in existence in the early seventies and were acquired by Fayat in 1986 - Fayat merged Sambron with its FDI division shortly afterwards. They also made a range of fixed mast forklifts similar to Sanderson and JCB and a number of site dumpers.[5]

matchbox produced a model of the Sambron Jacklift - Matchbox no. 7748 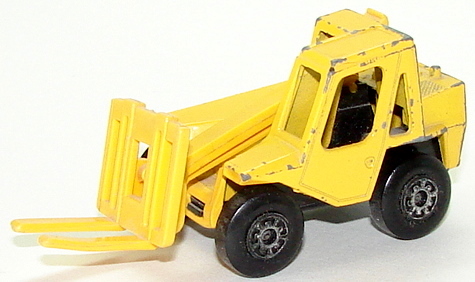 Are any of these machines known to survive ?