Otosan (abbreviated from Otomobil Sanayi, Turkish for automotive industry) is a Turkish automotive production company, which is a joint venture between Ford Motor Company and Koç Holding. It started production in 1965, with each company holding a 41% share in the venture. 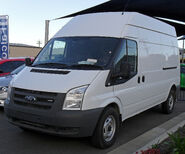