The Oak Tree Appliances Co. of Coventry England, built a light tractor (often called the OTA tractor) in the late 1940's / early 1950s before selling the design to Singer in 1953.

The company was based in Coventry, England. They initially produced 12 prototypes to start with and sent them to farms within the local area to test them out, they were a big hit with farmers because they tip toed over areas which larger tractors would have had trouble with said one of them. So they went into production in 1950 with the Mark l.

The design featured a single front wheel with motorcycle style forks that was steered by a cable system. Early machines had the letters OTA in the grill. The frame was a channel section with a cylindrical fuel tank behind the seat. The engine was a Ford E93A side valve unit that had the less common 1324 firing order. The tractor was also fitted with a single acting hydraulic ram for the implement linkage driven by an engine belt driven pump. On the road, the tractor was capable of considerable speed. The front grill was a very large aluminium casting.

A few are still about as they were a compact 3 wheeler for market garden use. 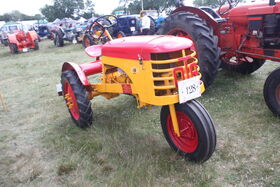 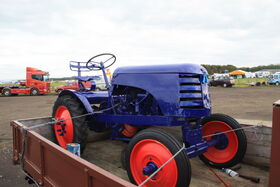 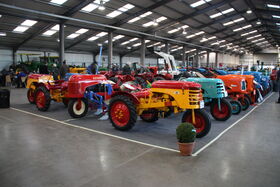