Mike Eacock is a collector from Worcestershire. He has restored several machines to an excellent standard and they have been displayed at the SED show on the "Light House" charity stand. They have also appeared at several Midlands shows and been featured in Classic Plant & Machinery Magazine with stories of the rebuilds. He is noted for the quality of finish applied to all his machines and attention to detail. This has won him several awards at the shows her has attended for his machines. 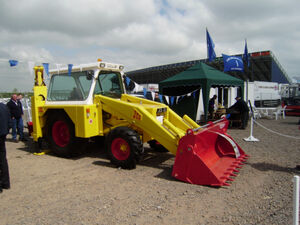 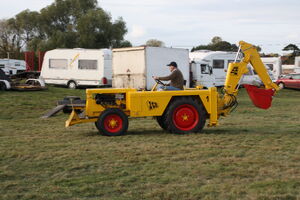 Mike in His Restored JCB 1 at Cheltenham in 2009

Retrieved from "https://tractors.fandom.com/wiki/Mike_Eacock_collection?oldid=170094"
Community content is available under CC-BY-SA unless otherwise noted.