The McCormick-Deering 15-30 was built by International Harvester from 1921 to 1934 in the Milwaukee Works factory.

In 1929 the 15-30 engine was given a ¼" larger bore, increasing displacement to 425.3ci, and higher rpm, 1,050, to increase the power output to 40.7 belt and 30.1 drawbar. In export markets the revised model was usually called the 22-36 and it is frequently referred to as that in such regions as Britain. Although in the US the model and serial number plate continued under the name 15-30, for exports a different type of serial number plate was applied and stamped as 22-36. Instead of the usual "15-30 TRACTOR NO." , these plates used a basic "MODEL" and alongside it "SERIAL NO."  and stamping boxes underneath each. As from 1929, the model printed in these stamping boxes became 22-36.

This information is for referential use ONLY; a guide to follow, such as for assistance of approximate year dating where dates cannot be obtained. This information is partly derived from original International Harvester Company literature and also from in-depth research and experience, therefore should not be edited any further by other/external sources. The content and information provided in this section is subject to copyright; the use of, re-transmission, or republication of the content given above, in any form, without copyright holder's consent, is a violation of copyright law and act of copyright infringement. Copyright© and supplied by IHC_15-30_Enthusiast.

The Heidrick Ag History Center, Woodland, California has on display a restored McCormick-Deering 15-30 from 1923, along with a 10-20 and various crawlers. 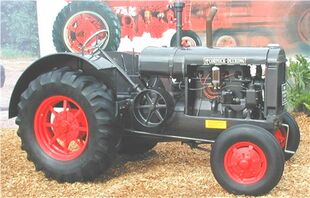 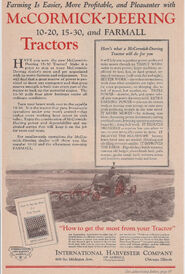 One of a very few colour adverts used by IHC at the time. A 1930 advertisement owned by myself, IH_15-30_expert. I eventually came across the corresponding book in the advert, which is very rare and now both pieces together make a proud set in my literature collection. 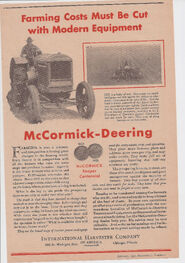 A 1931 advert out of the ever-growing collection I own. 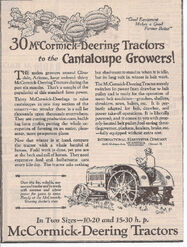 The slightly comical 1925 'Cantaloupe Growers' advert from the collection. 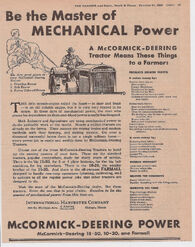 Be the Master of MECHANICAL Power 1930 ad - With the muscular man figure that can also be seen on the cover of the 1928/29 McCormick-Deering Triple-Power Tractors brochure book, portraying the 'triple-power' factors of the McCormick-Deering tractor of the time. Yet another collection piece. 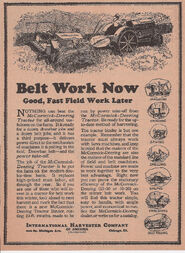 An advert of 1923 contained also in the collection. 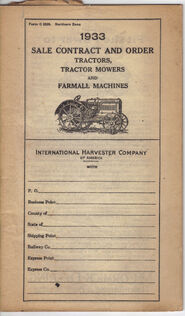 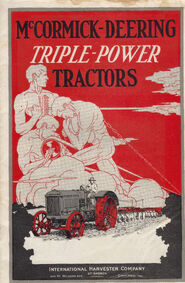 Triple-Power Tractors brochure booklet from 1928 out of the collection.