Launched in 2004, it became the largest earth-hauling tru ck in the world. The T 282B is an uprated version of the T 282 truck. The trucks are assembled in a 10 acre (4 hectare) factory in Newport News, Virginia, USA, that can handle four 282s at a time.

The truck costs about US$ 3.5 million. An CD-player and air conditioning systems are listed on the optional equipment spec, unusual in the world of professional hauling. Liebherr sells upto a few dozen of them every year, primarily to coal, copper, iron and gold mines in the USA, Chile, Indonesia, South Africa and Australia. Orders being influenced by demand for Minerals & commodities rising dramatically due to growth in China and South America. New mines can have fleets of a couple of dozen each. 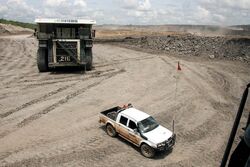 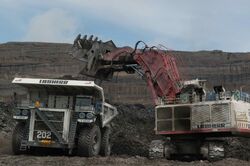 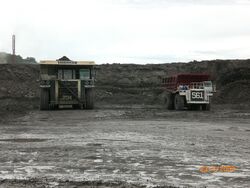 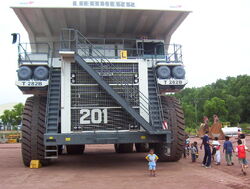 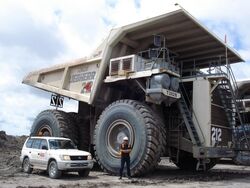 The comparison with a light vehicle

Wikimedia Commons has media related to:
Liebherr T 282B