This article briefly deals with one of the recent incarnations of the Leyland empire, to fill a gap in the history Leyland DAF was a commercial vehicle manufacturing company based in the United Kingdom, and a division of DAF NV. In 1993 DAF NV became insolvent and Leyland DAF went into receivership.

The company was formed in 1987 when the Leyland Trucks division, including the Freight Rover van making interests, of the British Rover Group merged with the Dutch DAF Trucks company. The new company, DAF NV, was jointly owned by DAF Beheer BV (60%) and Rover Group (40%). Later the company was floated on the Dutch stock exchange.[1] The new company traded as Leyland DAF in the UK, and as DAF elsewhere.

The company manufactured trucks at its plants in Leyland, UK and Eindhoven, Netherlands, and vans at its Birmingham, UK plant. 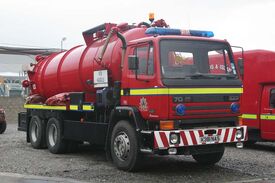 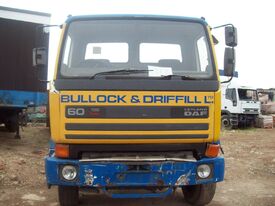