View source
This article is about the Hyundai chaebol prior to the completion of its break-up in 2003. For the continuing rump entity, see Hyundai Group.

Hyundai was a corporate group headquartered in Seoul. It was founded by Chung Ju-yung in 1947 as a construction firm and Chung was directly in control of the company until his death in 2001.

Most of the former subsidiaries of the Hyundai chaebol continue to be run by Chung's sons or their heirs. If these companies are considered as forming a broad family business, then it remains the single largest company in South Korea, with enormous economic and political power in the country.

Hyundai was founded as a small construction firm by Chung Ju-yung in 1947.[1] Hyundai Construction began operating outside of South Korea in 1965, initially entering the markets of Guam, Thailand and Vietnam.[2]

In 1983 Hyundai entered the semiconductor industry through the establishment of Hyundai Electronics (renamed Hynix in 2001).[6]

In April 1999 Hyundai announced a major corporate restructuring, involving a two-thirds reduction of the number of business units and a plan to break up the group into five independent business groups by 2003.[8][9]

By the mid-1990s Hyundai comprised over 60 subsidiary companies and was active in a diverse range of activities including automobile manufacturing, construction, chemicals, electronics, financial services, heavy industry and shipbuilding.[2] In the same period it had total annual revenues of around US$90 billion and over 200,000 employees.[2]

Hyundai branded vehicles are manufactured by Hyundai Motor Company, which along with Kia comprises the Hyundai Kia Automotive Group. Headquartered in Seoul, South Korea, Hyundai operates the world's largest integrated automobile manufacturing facility[10] in Ulsan, which is capable of producing 1.6 million units annually. The company employs about 75,000 persons around the world. Hyundai vehicles are sold in 193 countries through some 6,000 dealerships and showrooms worldwide. In 2010, Hyundai sold over 1.7 million vehicles worldwide. Popular models include the Sonata midsize sedan and Elantra compact.[11]

Hyundai and its subsidiaries created a variety of initiatives in the social sphere, initially in Korea and then internationally as the company expanded. The Asan Foundation, established by Chung Ju-yung in 1977 with 50 percent of the stock of Hyundai Construction, subsidizes medical services in Korea primarily through the Asan Medical Center and six other hospitals. The Foundation has also sponsored conferences on Eastern ethics and funded academic research into traditional Korean culture. In 1991, it established the annual Filial Piety Award.[12] 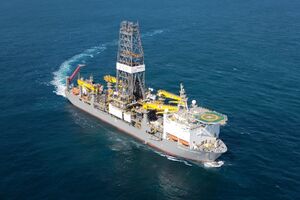 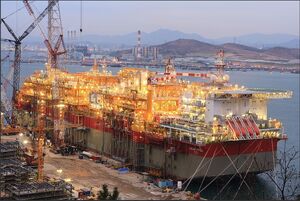 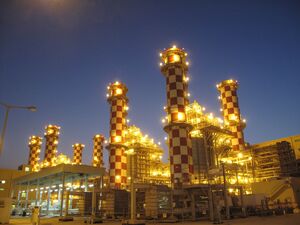 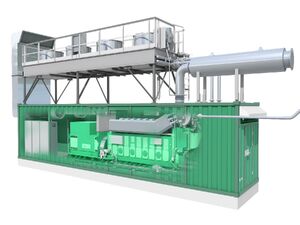 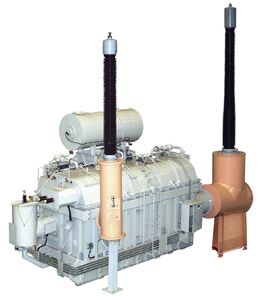 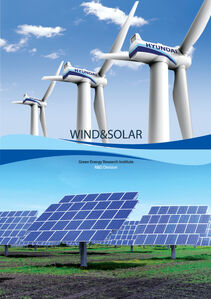 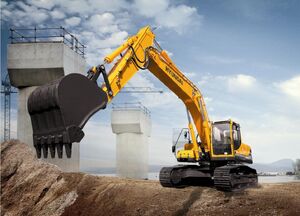 Hyundai Construction Equipment is a part of Hyundai Group of South Korea.

Recently they have introduced the ROBLEX branded range of machines