Supplied new on September the 11th 1920 as an Tractor type engine.

In 1967 was converted to showman's style by the Stubbins Family of Nottingham and used for powering a set of children's rides.

Spent part of the 2nd World War as a Standby power source at a Carpet factory and a coal mine, it was then parked under a tree in 1941 were she sat for 36 years till 1977 when she was re steamed.

Bought by Fred & Linda Dockray, from Long Whatton in ? and fitted with a new canopy of local grown ash & oak. As well as firebox, boiler barrel, belly tanks, tender and fly wheel, and finished off with new whistle and showman's bell. 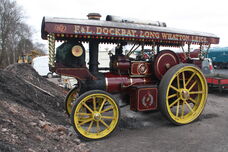 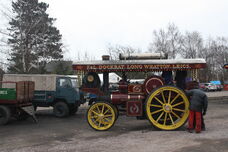 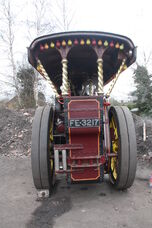 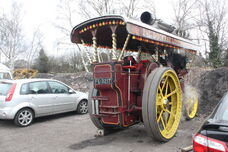 Retrieved from "https://tractors.fandom.com/wiki/Foster_no._14431?oldid=142131"
Community content is available under CC-BY-SA unless otherwise noted.