Foreman & Co. of Romsey, Hampshire were an engineering company that built a new build engine based on the 3 ton steam tractor design of Wallis & Steevens from 1898.[1]

The engine was built in 1980 by Engineer Ken Foreman and is a replica or full size model of the Wallis & Steevens 3 ton light tractor.[2]

Only one engine was built and numbered 9801 with the registration no. D716 JRU allocated by the DVLA as it was new build.

The engine was Named The Hamster in 2001 following a major overhaul. it is currently owned by Andy & Joy Sellwood and Sons of Bartley Hampshire.

Some of the events attended by this engine are listed below:[3] 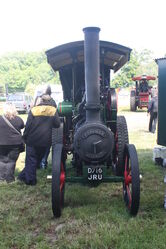 The slim profile of The Hamster 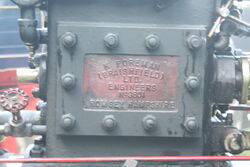