Force Motors started production of the HANSEAT 3-Wheelers in collaboration with Vidal & Sohn Tempo Werke, Germany and went on to establish a presence in the “Light Commercial Vehicles” field with the MATADOR, the proverbial LCV in India. Through the 1980s and 1990s, and especially in the last five years with a major product development effort, Force Motors has introduced new Light Commercial Vehicles, a new family of Utility Vehicles, new state-of-the-art Tractors, and a new range of Three-Wheelers.

In 1982, Bajaj Tempo entered into a licensing agreement with what is now Daimler AG to manufacture the Mercedes Benz OM 616 engine.

In 2004, the company firmed up a joint venture with MAN AG of Germany for manufacturing of trucks at Pithampur, the industrial hub of Madhya Pradesh in Indore, India. On 3rd Dec 2008 another agreement was signed between Man AG and Force motors to the effect that both will hold equal (50:50) stake in the JV company Man Force trucks pvt. Ltd.[2] The joint venture was dissolved in 2011.[3]

Tractors are built under the Balwan and Ox, (formerly Tempo Ox), brands,[4] and use Mercedes-Benz derived engines that Force builds. 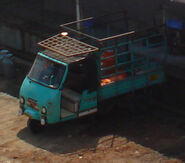 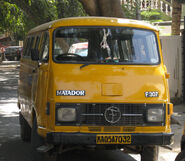 Force Motors Trax Judo
Add a photo to this gallery

Retrieved from "https://tractors.fandom.com/wiki/Force_Motors?oldid=187949"
Community content is available under CC-BY-SA unless otherwise noted.