'Ferrari of Abbiategrasso, Italy is one of the brands in the field of agricultural mechanization. Founded in 1954 in Luzzara, in the period of reconstruction and the mechanization of the country, it was one of the most enterprising industry machinery for agriculture.

After an initial phase dedicated to the construction of dies for the production of irrigation pipes, Ferrari introduced in 1957 its first agricultural machine, the tiller that bears the name of the date of birth: MC57, its success lasted until 1965, the year of the launch of the first MT65 articulated tractor.

In 1988, Ferrari was purchased by the BCS Group. Today Ferrari has a differentiated production machines ranging from hobby to professional maintenance to tractors for agriculture niche.

In 2006, an agreement was signed with Goldoni to manufacture some tractors for Ferrari.

Ferrari's are built under license in Turkey by Taral and Sarv-E-Rezvan (Sabz Koosh Negin) in Iran is the Ferrari's exclusive Distributer.

Ferrari-built tractors are sold by Ledinegg in Austria. They were formerly built for Marshall Tractors in England and Alfa om Spain. 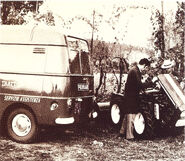 FERRARI assistance in the field. 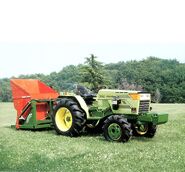 Ferrari 1300.
Add a photo to this gallery 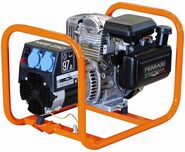 Ferrari generator
Add a photo to this gallery

Models built for other companiesEdit


Retrieved from "https://tractors.fandom.com/wiki/Ferrari_(tractors)?oldid=212982"
Community content is available under CC-BY-SA unless otherwise noted.