Dongfeng Motor Co., Ltd. (DFL) was formally established on 9 June 2003 and began operations on 1 July 2003.[1] Initially headquartered in Shiyan, it moved closer to its Chinese parent relocating to Wuhan in June, 2006.[6]

In September 2010, DFL unveiled a new automobile marque, Venucia to sell vehicles tailored specifically for second- and third-tier Chinese cities in the poorer interior of the country.[7][8]

In 2011, a roadmap for additional investment in Dongfeng Motor Co., Ltd. by its Japanese and Chinese parents was drawn up as part of a plan to boost annual sales from around 1.3 million vehicles in 2010 to over 2.3 million by 2015.[9][10] In April 2012, it was announced that Dongfeng Motor Co., Ltd. would begin manufacturing models from the range of Nissan's luxury marque, Infiniti, beginning in 2014.[11][12]

In 2017 the majority stake of Zhengzhou Nissan, was acquired from the listed subsidiaries Dongfeng Automobile Company for Template:CNY.[13][14][15]

As of 2015, a subsidiary, Dongfeng Nissan Passenger Vehicle Company, is listed as having a R&D center as well as a variety of factories including sites in: Dalian, Huadu, Xiangyang, and Zhengzhou.[16]Template:Primary source inline The Dalian location may be the same site that was in the planning stages as of 2012 and slated to produce Nissan-branded automobiles.[17]

A corporate campus and design center in Huadu, Guangzhou, was announced in 2017.[18]

After the majority stake of Zhengzhou Nissan, was acquired by Dongfeng Motor Co., Ltd., there are three brands of products sold under the firm, including Dongfeng, Fengdu, and Nissan. 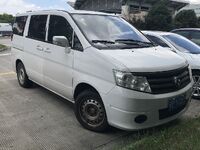 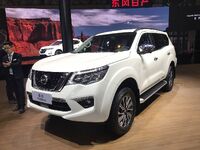