The Claas Matador was a combine harvester built by the German company of Claas in the 1970's. This model had the engine mounted on top of the straw walker hood behind the Grain tank so was more accessible than some models of the time with engines below the Drum.

A few examples exist in preservation, with the odd example still in use by small farmers. 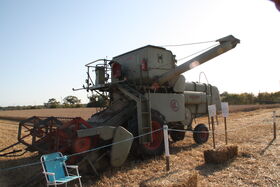 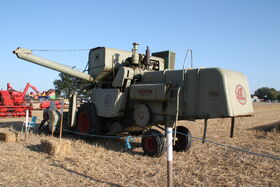 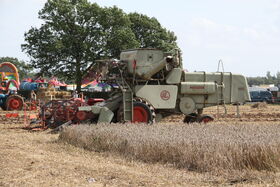 Retrieved from "https://tractors.fandom.com/wiki/Claas_Matador?oldid=153211"
Community content is available under CC-BY-SA unless otherwise noted.