The Caterpillar D6 track-type tractor is a medium bulldozer manufactured by Caterpillar Inc.

The D6 is primarily used to move material short distances or through challenging terrain. The vehicle is powerful, yet small and light, weighing 16 to 20 tons (18 to 23 short tons) depending on configuration (recent models). This makes it ideal for working on very steep slopes, in forests, and for backfilling pipelines safely without risking damage to the pipe.

Caterpillar first introduced the D6 in 1941 with the 4R & 5R series to replace the Caterpillar RD6.

The dozer blade on front of the tractor can come in different varieties:

The rear of the machine can be outfitted with various work tools to compliment the front blade.

This size machine is getting a bit large for most collectors, and does not have the attraction that the D* does. A few of the serious collectors who generally come from a plant industry background and have the Heavy haulage kit to move machines of this size have one (or nore) in their collection.

Machines of this type are impressive at the working days held at various locations around the country, were they can be seen in there natural setting.

Known Machines in the UKEdit

Please add any known machines to the list below:- 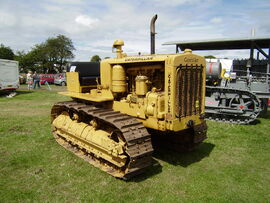 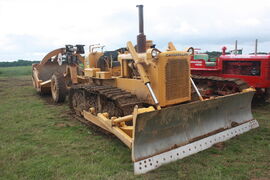 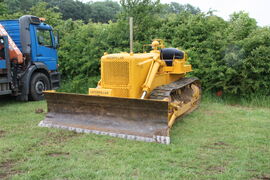 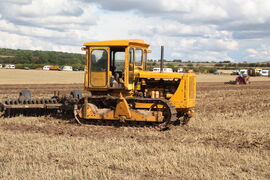 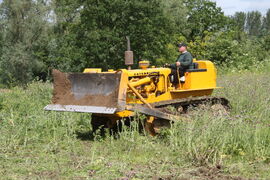 Caterpillar D6 sn ? with blade taking a break from tidying up at Russell Saywell Open Day 2012 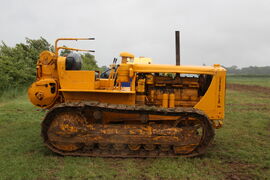 Retrieved from "https://tractors.fandom.com/wiki/Caterpillar_D6?oldid=223003"
Community content is available under CC-BY-SA unless otherwise noted.