Carrimore Six-Wheelers Ltd was a trailer manufacturer based at 'Carrimore Works' of North Finchley London.[1] The company built a range of industrial (works) and road trailers during the early 20th century.

Carrimore was a brand of trailer built in the United Kingdom by Carrimore Six-Wheelers Ltd of North Finchley London. The company built some of the earliest articulated trailers and six wheeled semi low loaders for drawbar use with ballast tractors.

The company started out as Carrosserie Latymer (1915) Limited , marketing the Carrimore 6 wheeler conversion for any truck or steam wagon to increase load capacity as well as drawbar trailers. the firm being based in Notting Hill and Watford.[2]

Later on they changed name or restructured as Carrimore Six-Wheelers Ltd and were based at the "Carrimore Works" North Finchley.[3]

The company exhibited at the 1954 Commercial Motor Show 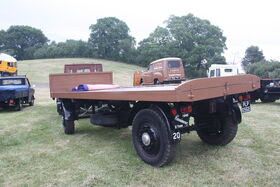 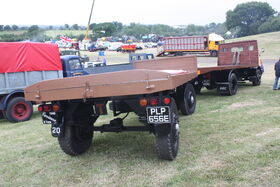 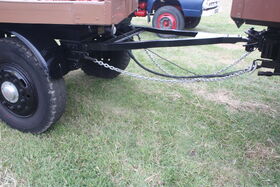 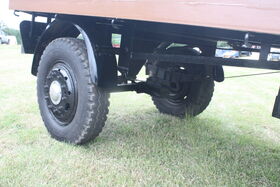 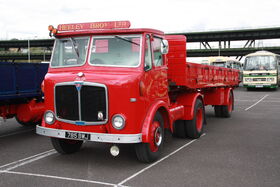 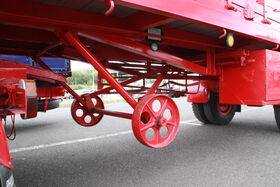 Retrieved from "https://tractors.fandom.com/wiki/Carrimore_Six-Wheelers_Ltd?oldid=161307"
Community content is available under CC-BY-SA unless otherwise noted.