Bustech is an Australian bus bodywork company, established in 1998 on the Gold Coast, Queensland.[1]. It is owned by the Transit Australia Group, where buses are produced for its sister companies, Surfside Buslines and Sunbus. Originally, Bustech worked out of a factory in Ernest, but in October 2004 they moved into a new $10 million factory at West Burleigh.[2]

Both the MDi and XDi were also available with Caterpillar C7 engines however since they ceased production of highway engines the vehicles can be specified only with the Cummins.

Previously, Bustech has produced low-floor city buses, school buses and coaches, but were unnamed. These have now been superseded by the above four models. Previous chassis built on include: Mercedes-Benz O405NH, Mercedes-Benz O400, Scania L94UB and Hino RG230. 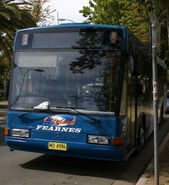 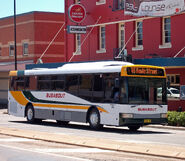 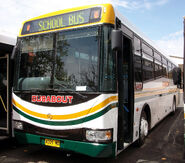