Blue Force - Friends of Fordson, Ford, New Holland & Derivatives is the fastest growing tractor club in the UK and Republic of Ireland. Since its launch in April 2011 it has taken the tractor world by storm.

The new club has a quality magazine and is a pure members club run by members for members. Blue Force has no commercial ties whatsoever.

In November 2011 at its first vist to the Newark Tractor & Heritage Show the Blue Force stand was awarded the "Best Stand" prize for the Show. Several members tractors also picked up awards.[1]

The stand had a number of interesting or rare Ford and Ford conversion tractors.

The Blue Force club had a display area outside and inside the Stock buildings witha number of interesting tractors on display.

A number of members tractors attended this event

A number of members tractors attended this event

The club had a stand at the Astwood Bank Vintage Gathering in June 2011.

The club had a large marque and display area at the Newark Vintage Tractor and Heritage Show 2011.

The club visited the Yorkshire Vintage Associations ?th rally at Newby Hall with a large display of tractors. 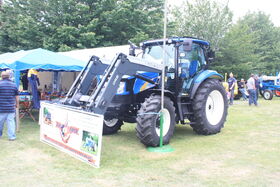 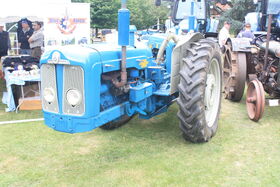 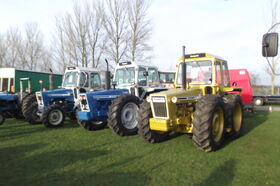 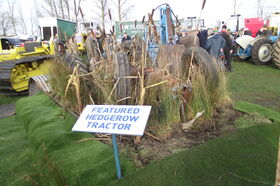 Retrieved from "https://tractors.fandom.com/wiki/Blue_Force?oldid=98835"
Community content is available under CC-BY-SA unless otherwise noted.