Aveling and Porter was a British steam roller manufacturer. Thomas Aveling and Richard Thomas Porter entered into partnership in 1862, developed a steam engine three years later in 1865 and produced more of the machines than all the other British manufacturers combined.

Thomas Aveling was born at Elm, Cambridgeshire, in 1824 and was apprenticed to a farmer where he had the opportunity to familiarise himself with the new steam-powered farm machinery of the time. Aveling's interest in engineering led him to set up a business with his father-in-law producing and repairing agricultural machinery. In 1856 they produced the first steam plough.

In partnership with Porter, the steam roller they produced in 1865 was tested in Hyde Park, London, Military Road, Chatham, Kent and at Star Hill in Rochester, Kent. The machine proved a huge success. Aveling and Porter steam rollers were exported to Europe and as far afield as India and the USA.

In 1934, Aveling & Porter combined with Barford & Perkins to form Aveling-Barford which continued to make steam and motor rollers. After World War II the company continued to make motor and steam rollers as well as expanding into other construction equipment. Aveling-Barford is now part of the Thomson group of companies, which also includes Moxy articulated dump trucks.

Another example of Aveling & Porters engineering skills can be seen in the massive covered slips at Chatham Dockyard. These Leviathans of steel pre-date the great London train sheds of St Pancras railway station, King's Cross and Paddington railway station at Paddington —traditionally understood to be the be the oldest and largest steel framed structures of the time. 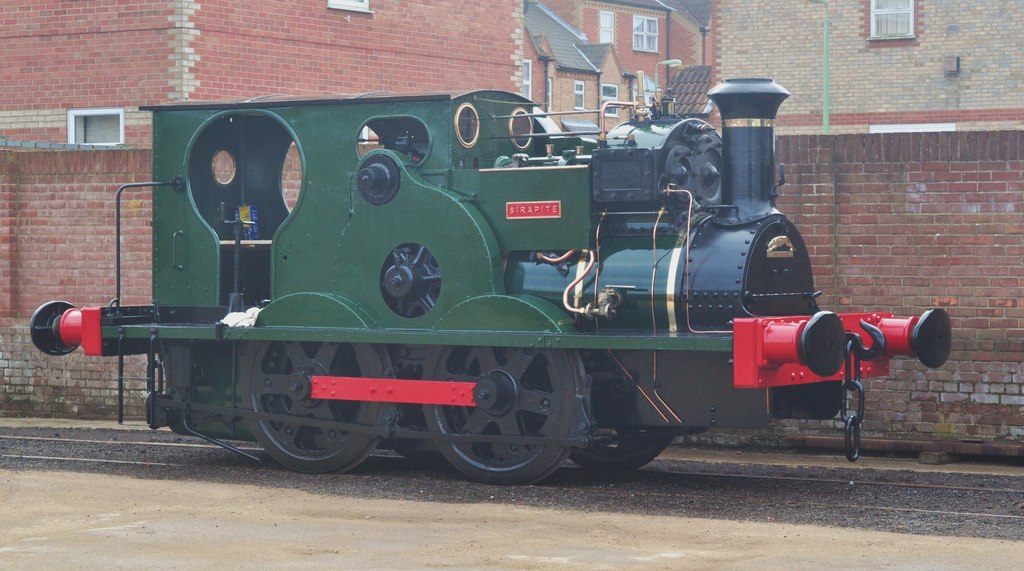 Please add any known machine details to the list below.

The Pallot Steam Museum at Sion near Trinity in Jersey has a 1912 Aveling & Porter Steam Roadroller model that was fully restored and in working order. It was found abandoned in England in a shed and was acquired by Samuel Pallot the musuem owner and he had it shipped to Jersey and brought it to his museum premises and spent six months restoring it with his team at their workshops. This is what is looked like when it arrived to the Island and after the extensive restoration work that was done to it.

Retrieved from "https://tractors.fandom.com/wiki/Aveling_%26_Porter?oldid=217982"
Community content is available under CC-BY-SA unless otherwise noted.